He doesn't turn 3 until December 1st, but with crazy schedules this time of year, today was the best day for Brooks' birthday party.  And what a party it was!  Since he is totally absorbed with "Mighty Machines," his party was all about machines and construction.  As usual, Lisa did  a great job.


There was construction tape, warning signs, and orange cones, inside and out. 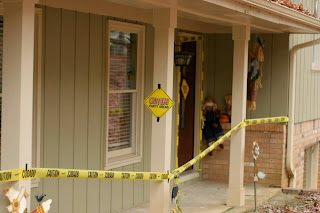 The favorite thing for Brooks was the big pile of rocks and all the machines to play with.  It was equally popular with the rest of the children.  Here Brooks and Ashby check it out before the party even starts. 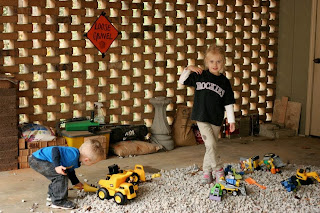 The cake was a "dirt" cake (ground up Oreos) with some chocolate rocks in the corner and machines on top.  Brooks' big meltdown of the morning was when he was not allowed to play in the cake before the party had even started!  He did play in it after everyone had gone home - or at least he played in what was left of it. 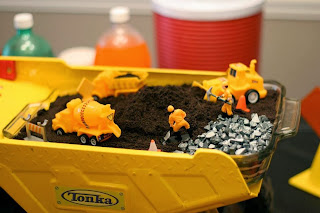 He loved having everyone sing "Happy Birthday" to him.  I don't think a smile can get any bigger! 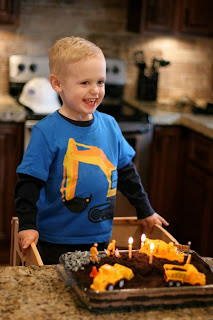 I think everyone had a great time.  It was a perfect party for little boys, but I think the little girls had just as much fun.  It is hard to believe that is 3 already - how the time flies!  We were sure glad that Grandpa and Grandma were invited to the party, too.


Posted by Grandma Cantrell at 4:30 AM