What a great week in Charleston!

We had our bi-annual reunion with some old friends in Charleston earlier in October and it was a wonderful way to spend a week! We get together every two years with three other couples that we have known for years. Half of them knew each other while they were still in high school through the church in Atlanta. Some of the guys were college roommates. We were all dating at the same time and were all married the same summer - 1967 - 42 years ago! We have remained friends all these years. Several years ago we got together in Atlanta for a long weekend. We had such a good time that we decided to get together every two years. So far, we have met in Park City, Utah; Seaside, Oregon; and Williamsburg, Virginia. This time is was our turn to plan and we chose Charleston, South Carolina.


Bill and I drove up on Friday afternoon, so we could meet every one at the airport when they came in on Saturday. We had rented a house right on the beach in Isle of Palms. Saturday was arrival day, lunch at Red Lobster, getting unloaded, buying groceries, and generally laughing and catching up.

Sunday we attended church in Mt. Pleasant. After church, we ate at Hidalgo's, a Mexican restaurant, then mostly hung out the rest of the day. There is more to do in Charleston than could possibly get done in a week, so we planned out what things we would do each day so we could hit the highlights. 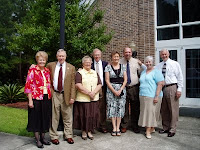 After church
Monday was "tour Charleston" day. We started with a buggy tour of the city, which was a lot of fun. After lunch at A. W. Shucks (the best BLT ever - made with fried green tomatoes!), we spent a while shopping at the market. We had planned to also do the boat harbor tour, but the weather was getting worse, so we chose to put that off until later. The guys were all so interested in the baseball playoffs, so the girls went out to see a movie - "Love Happens" - and had a great time. 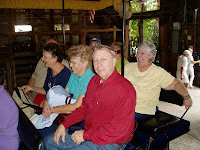 In the carriage before the tour 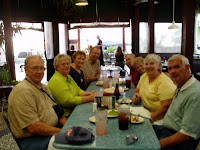 Eating lunch at A W Shucks

Tuesday was a gorgeous day, so we headed back to Charleston to get the boat tour in. It was one of the tourist highlights of the week, because it was so nice that day. We had lunch at Sticky Fingers (best ribs ever). After walking around some, we drove around the other areas to see everything. We enjoyed driving through the Citadel, as well. 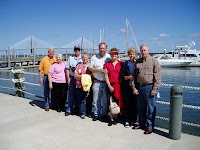 After the boat tour with the beautiful bridge in the background

Wednesday dawned rainy and windy, but we didn't let that stop us. We headed out to Middleton Place plantation, about 45 minutes away in the low country. We toured what they had to see and then had lunch at their restaurant. It was "low country" cooking, which was all good. Most everyone had the peanut soup and loved it. I had the clam chowder and it was wonderful, along with the fried catfish. After lunch, we toured through the gardens which were incredible. They would have been even more beautiful if it hadn't been raining so much! 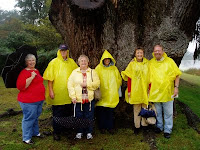 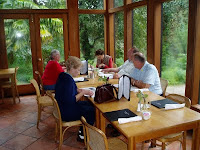 Lunch at the plantation

Thursday we did a day trip down to Savannah, a good two hours away. After making reservations for Lady & Sons restaurant (that's Paula Deen's place), we took a trolley tour of the city. We had the best tour guide and he made it really fun. A little time on River Street was followed by dinner. The food was great there, too - southern style cooking. We had the buffet with fried chicken, ribs and all the southern sides you can imagine. After walking around some in the evening, we got back kind of late. It was a long, but very fun, day. 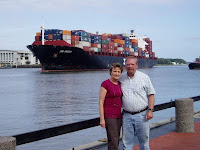 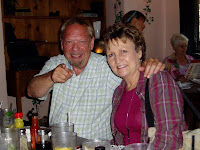 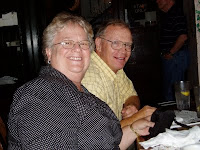 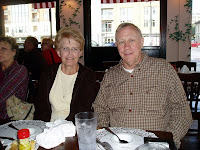 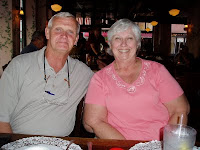 Friday was the last day, so we started by going out for a big breakfast. The rest of the day we spent at Patriot's Point where we toured the WWII sub, the aircraft carrier Yorktown, and took a boat trip out to Sumter's Island. It was another rainy day, but it all worked out. Breakfast was our only meal out that day, as we had plenty of leftovers to finish off at home. 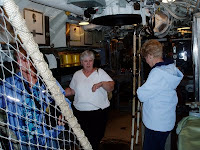 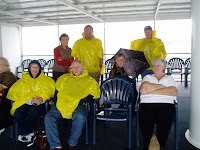 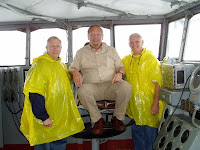 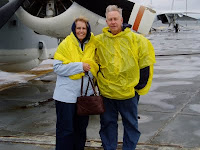 Boat to Sumter Island --- Bill, Gary, & Bill on the Yorktown -- Shirley & Bill on the flightdeck
Saturday started early, getting all packed up and heading back to the airport. Then Bill and I drove on home and got back about 3:00. It was such a great week, but it went so fast! We are already excited about two years from now. We had all sorts of ideas of where to go and what to do and we are looking forward to seeing what Bill and Shirley come up with, since it is their turn to plan.
GREAT FRIENDS! 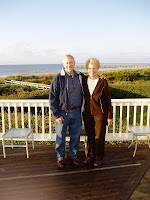 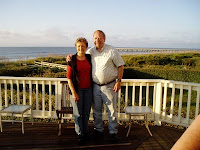 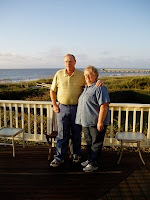 Posted by Grandma Cantrell at 4:03 PM No comments: