This morning, Bill and I were sitting here making our plans for the day - all pretty simple things.  Like, get the house cleaned up and some laundry done for me.  He had a couple of errands to do, to clean his spray gun, and do some yard work.  Just then the phone rang.  It was Lisa wondering if we wanted to have them come spend the day.  It is amazing how quickly plans can change!

As it turned out, I got half the house dusted and four loads of laundry done - that's all.  Bill got his errands run and cleaned his spray gun just before it got dark at the end of the day.  All other plans were abandoned.  Instead, the kids all came over and spent the day.

Actually, it was David's choice, as the whole day was his to plan since it is Father's Day weekend.  He wanted to come and work on the play set, so that is what they did.  We had a great time.  They got the ladder built, the slide installed, and the climbing wall built.  The kids had a ball playing on the slide.  They put the hose on it, so it was a water slide.

We also had the pool out and they were in that most of the day.  They had picked up a slip-n-slide on their way here, so the kids played on that, too, although it had a flaw and wouldn't spray water, so it will have to be returned.  It was a very fun and busy day.  Sometimes the unexpected changes are the best! 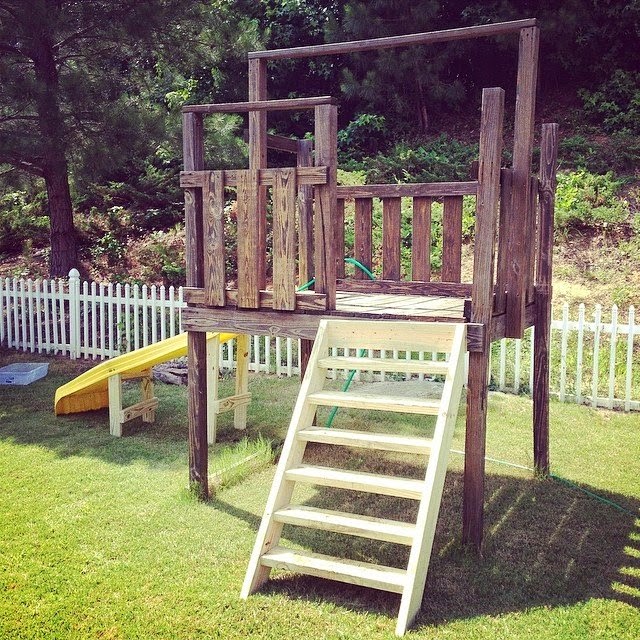 Ladder and slide.  And you can see the green hose making it a water slide. 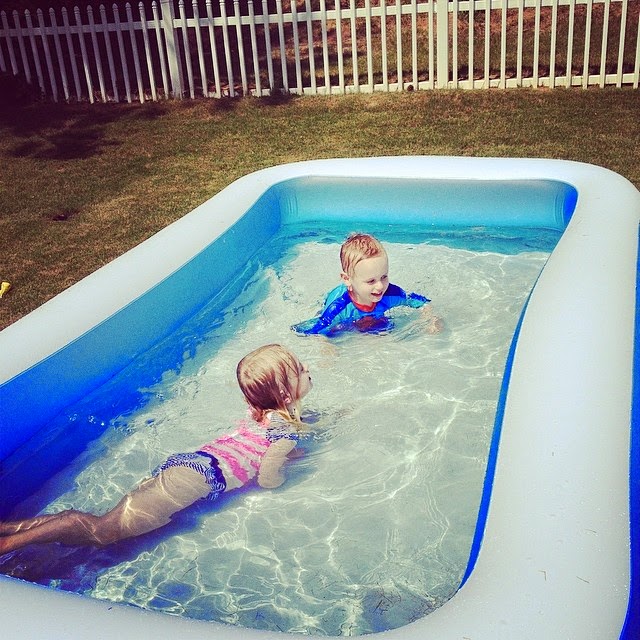 They love this big blow up pool.  They swim from one end to the other.  Kids can have fun in any water - it doesn't have to be a big pool. 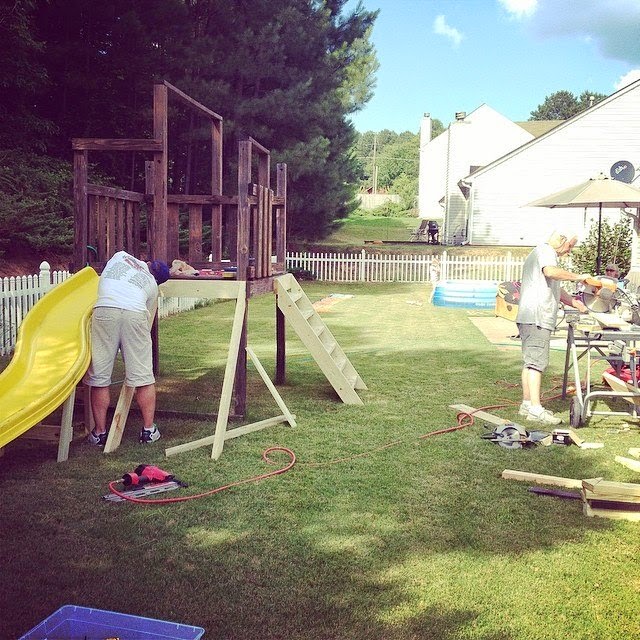 They actually finished the climbing wall, which is where David is working in this picture.  I just failed to take a picture of the completed structure.

Now all that is left is the swing part.  I wonder if that will take another year?  The play set was given to us a couple of years ago.  They got it stained in the fall and last spring, they got the fort built.  Now it has the accessories.  We will see when the swings get done!  At least, it will be more fun to play in now.

Posted by Grandma Cantrell at 5:09 AM