The day started like every Monday - recovering from the weekend and doing the routine chores.  It was the first day after the time change, so it was harder to get up than usual.  I slept until 7:30!  I have a real love/hate relationship with the spring time change.  I love the fact that it is light through the evening, making it so much more fun to be out and about.  I hate losing that hour of sleep, though.  It seems to take me weeks to finally get readjusted!

I was busily working on things at the desk when Lisa called to ask me a couple of things and one thing led to another and she and the kids decided to come over for the afternoon.  They were just picking Ashby up from school and it was such a beautiful day.  The kids had so much fun playing outside yesterday that they really wanted to come again.  Needless to say, I was more than happy to accommodate them.

We spent the rest of the afternoon outside.  Lisa had stopped and bought some white paint to paint the trim on the playhouse.  The kids wanted to paint, too, so I got them a bowl of water and they painted the sides of the playhouse with water.  They had so much fun! 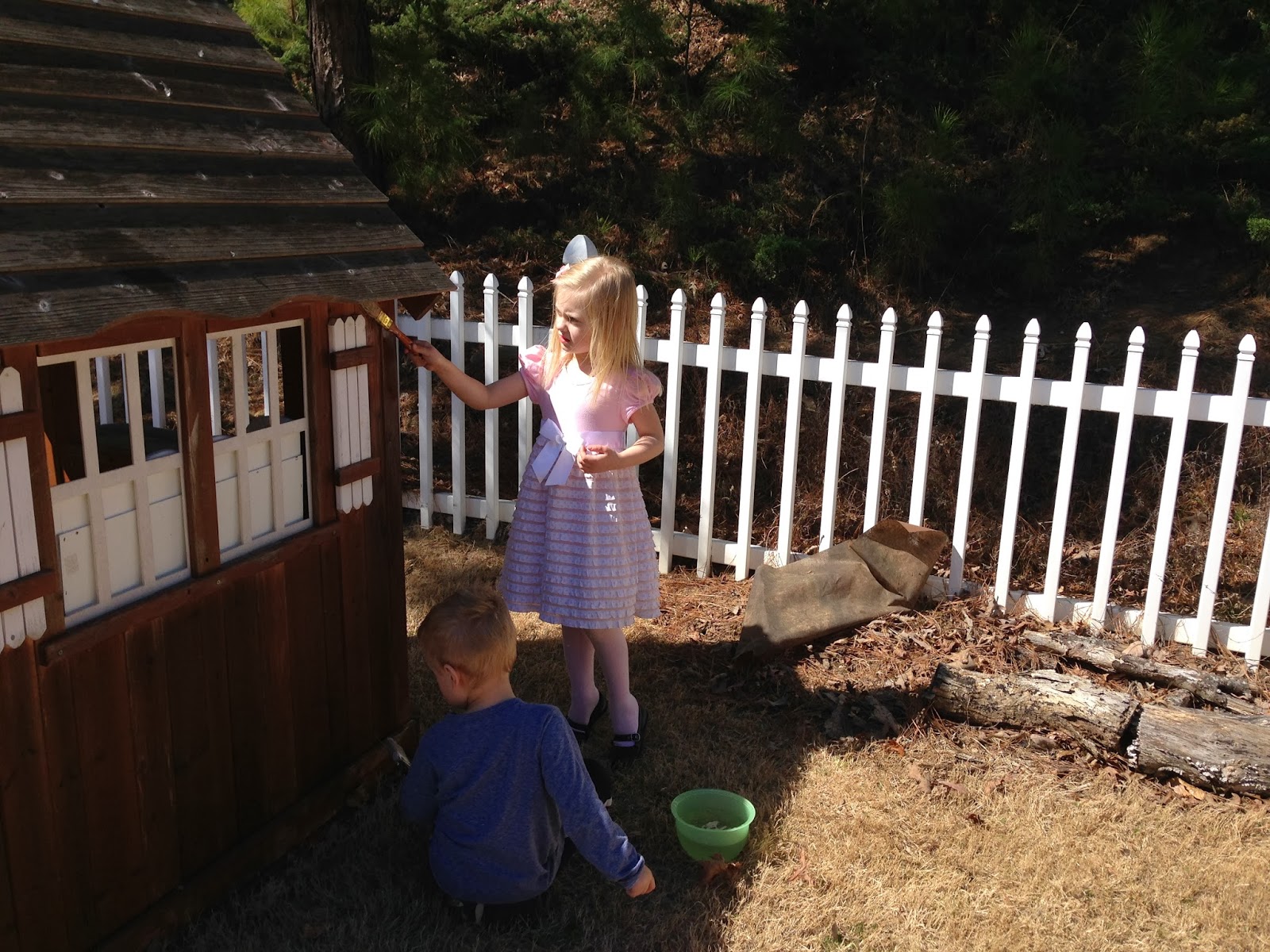 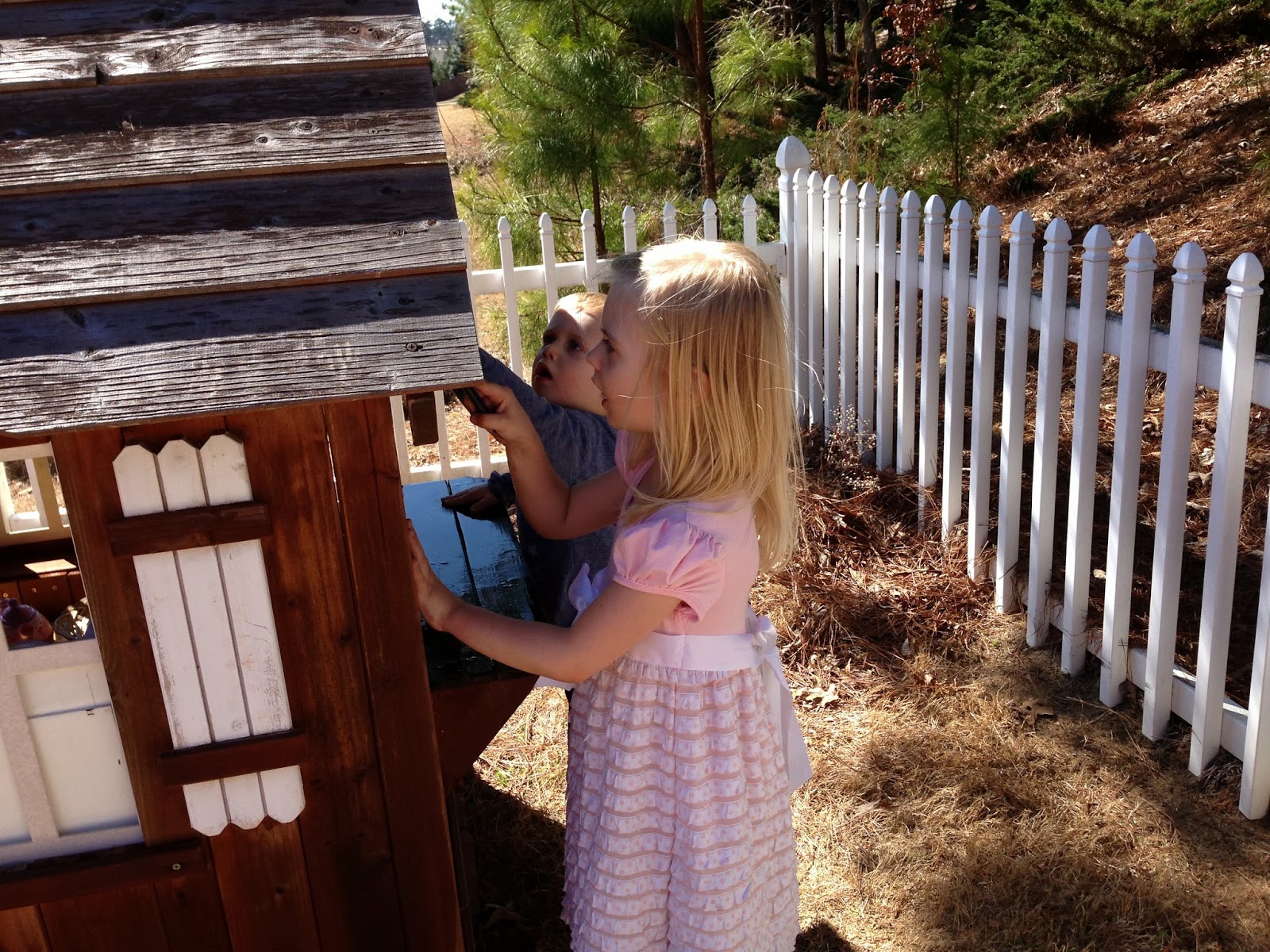 David called when they were getting close to going home to say that he was working late since the weather was so good (his job has been delayed repeatedly because of rain), so they ended up staying and having some mac&cheese and hot dogs at grandma's house.  (For the record, they also had mangos and green peas, so it wasn't all bad!)

Bill even got home early, so he was able to play with them for quite a while.  They just love it when Grandpa can play.

It was one of those priceless days - not planned and thoroughly enjoyable!

Posted by Grandma Cantrell at 6:10 AM