My day started quiet enough - Bill had scheduled a job, so he reluctantly took off, finally.  I planned to work on some family history while the kids all went to the parade this morning.  And then it all changed!  Life is like that - you make plans and then things change.  It is what keeps it exciting, I guess.

Lisa called and said that Ashby had been awake during the night with a bad headache, so they decided to let her sleep this morning.  By the time she awoke, they would have been getting to the parade a little late so they decided to change plans.

Once they all got up, dressed, and breakfast out of the way, they came by to pick me up.  We went by Hobby Lobby to get some new flowers for Jason's grave and then went out to the cemetery.  David and the kids had never been there, so it was a good time to give them the chance.  Brooks, of course, was clueless, but Ashby had questions about Jason.  At first she thought this was where he died, but we explained that it was just where he was buried.  We also explained how it was just his body here, but that his spirit was in the spirit world.  At almost six, she is beginning to have some questions about death and understands an amazing amount.  The flowers we picked were beautiful - mostly yellow with some blue springs in the middle. 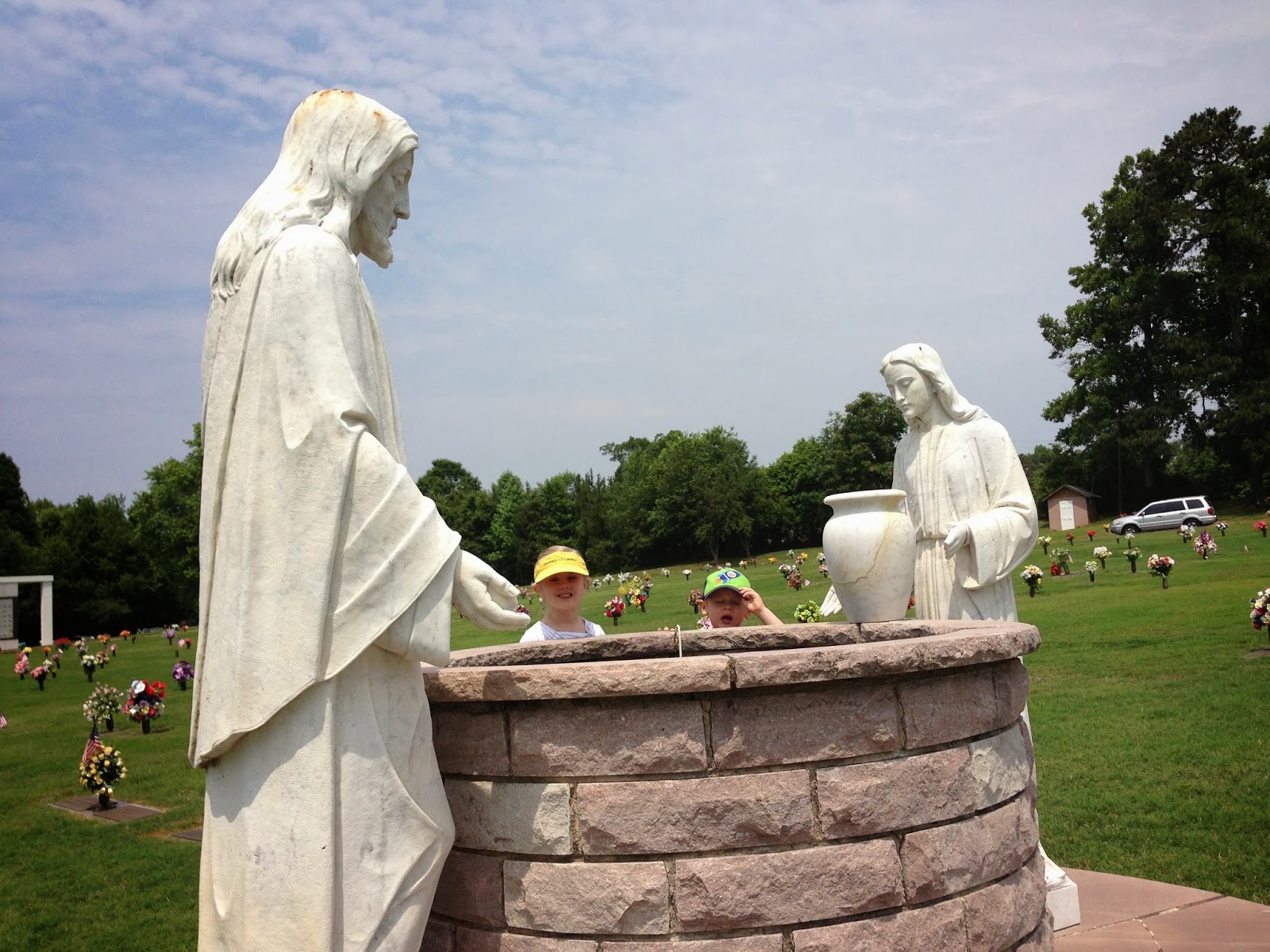 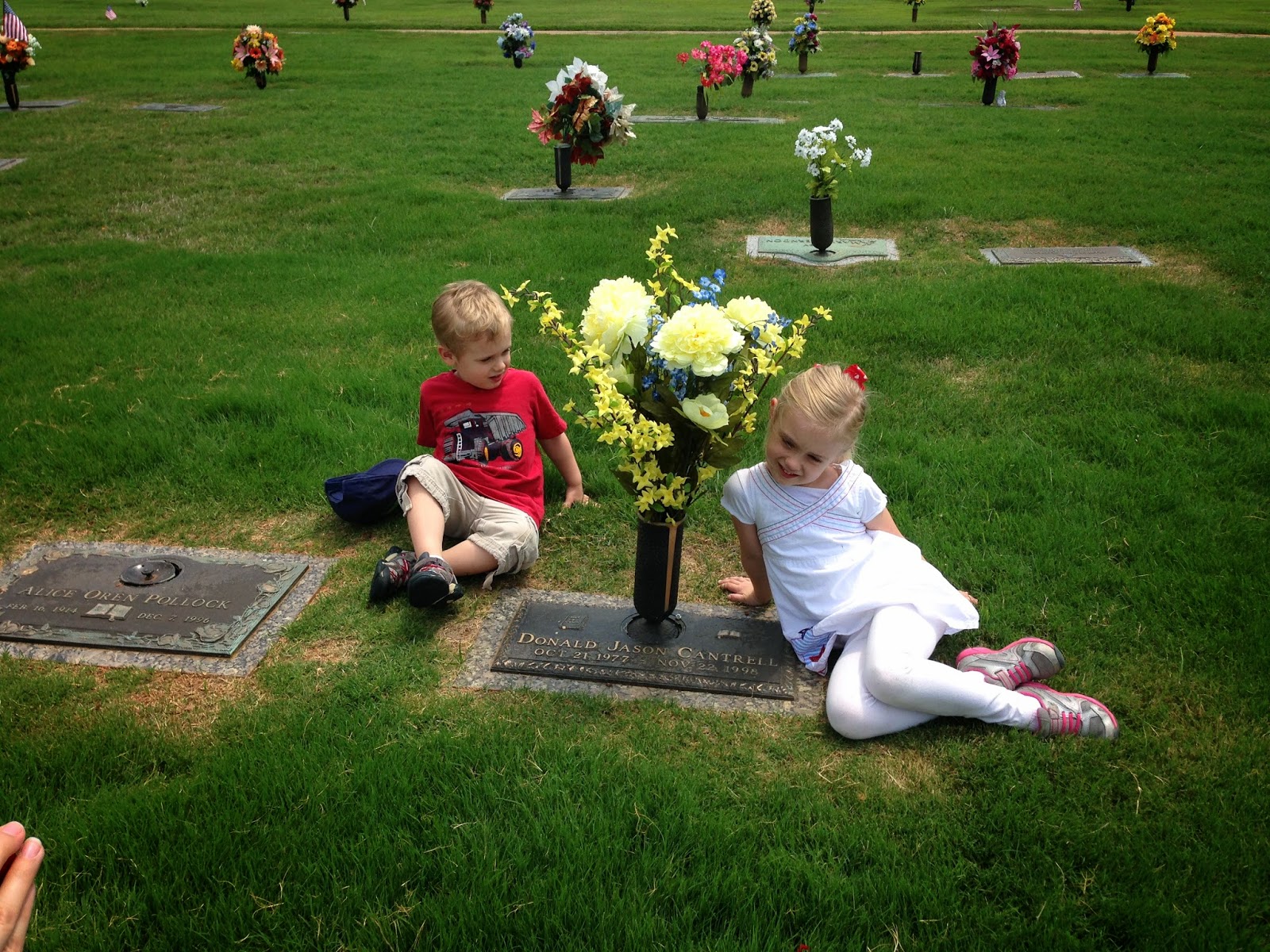 Ashby and Brooks by the new flowers

From there, we went to the Duluth Diner, which is just down the road, and had a nice lunch.  After lunch, we headed back home, stopping at Target on the way to buy a new pool for the kids to play in.  We got a large, rectangular blow-up.  The kids were so excited!  They played in most of the afternoon. The pool is big enough for two! 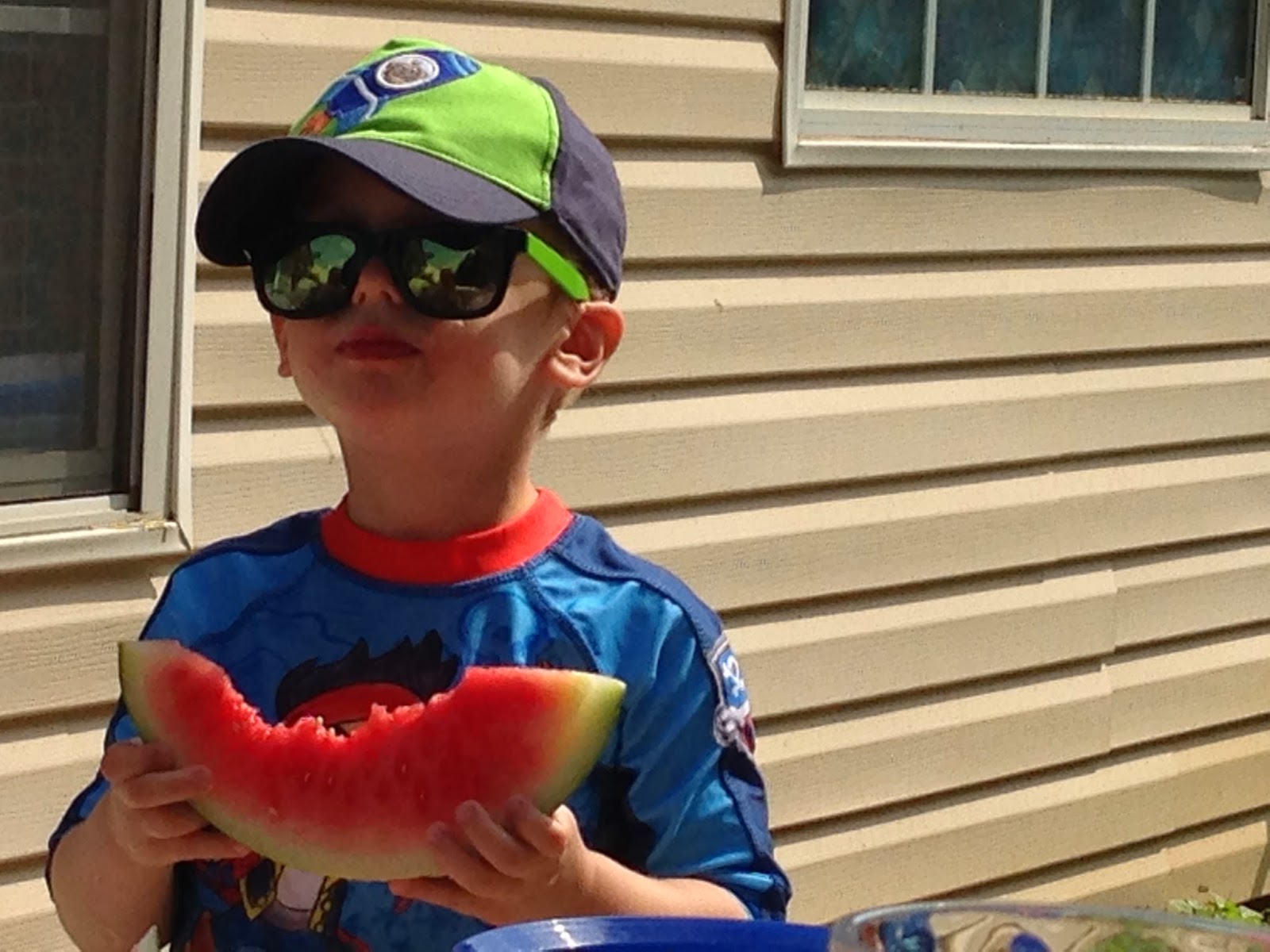 Watermelon is a must on Memorial Day 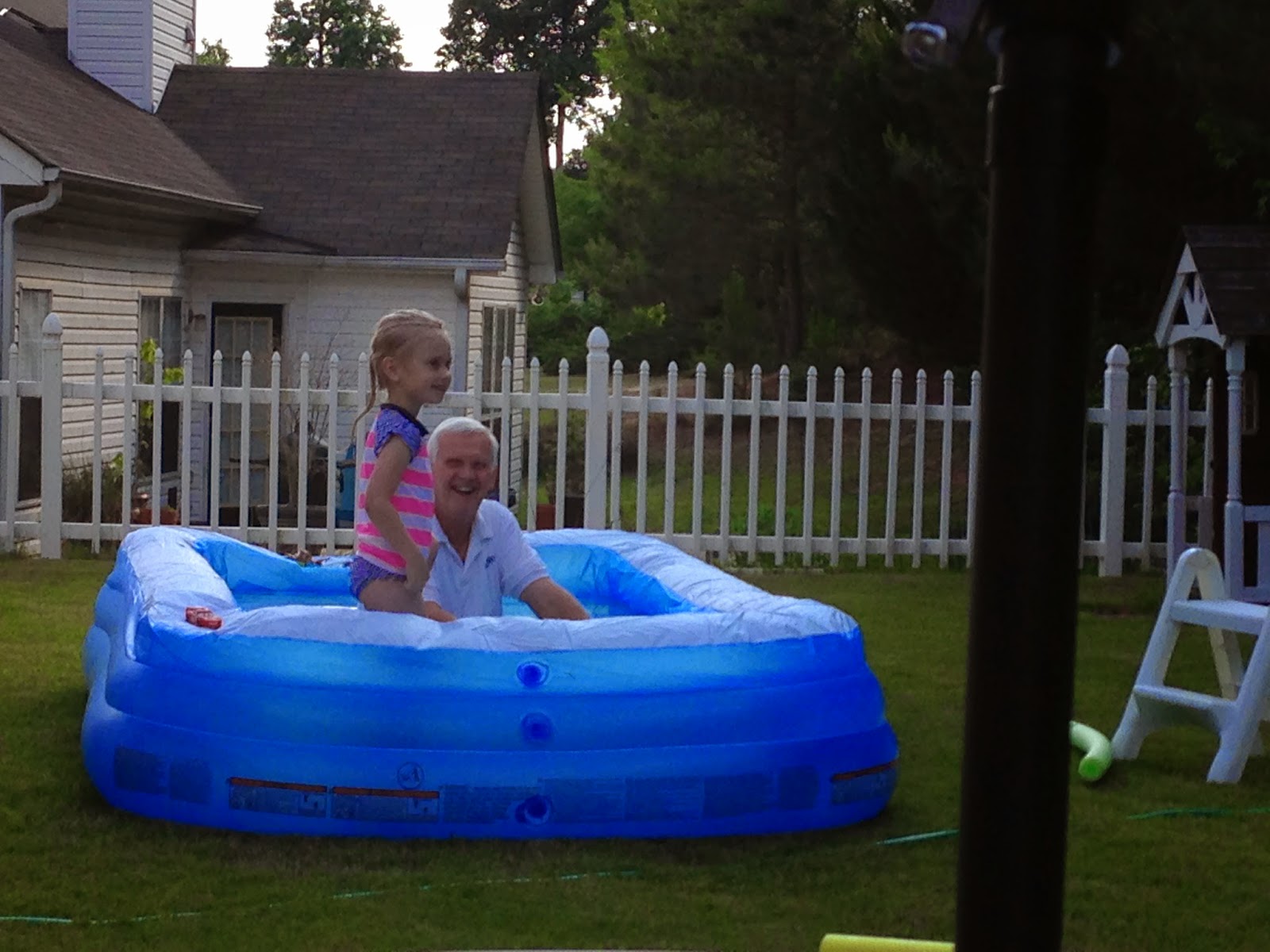 Silly Grandpa!  You didn't take your clothes off first.

As it got closer to dinner time, David made a quick run to the grocery store to pick up some sides to go with the hot dogs, hamburgers, and brats that we had to grill.  We grilled some veggies and had watermelon and baked beans, as well.  Very good and easy.

That made it just about the perfect Memorial Day - remembering our loved ones, playing in the water, eating watermelon, and grilling hot dogs and hamburgers.


Posted by Grandma Cantrell at 5:53 AM