Today was Ashby's first art class.  We were both so excited.  Lisa dropped her off at 10 and then she and Brooks took off to go to Target and the mall for an hour.  For class, we read a book called The Dot.  It is a book about art and how a little girl who thought she couldn't draw was able to create great pictures just using dots.  We then made a dot picture.  Ashby chose the paper and the medium - in this case some markers that look like animals. 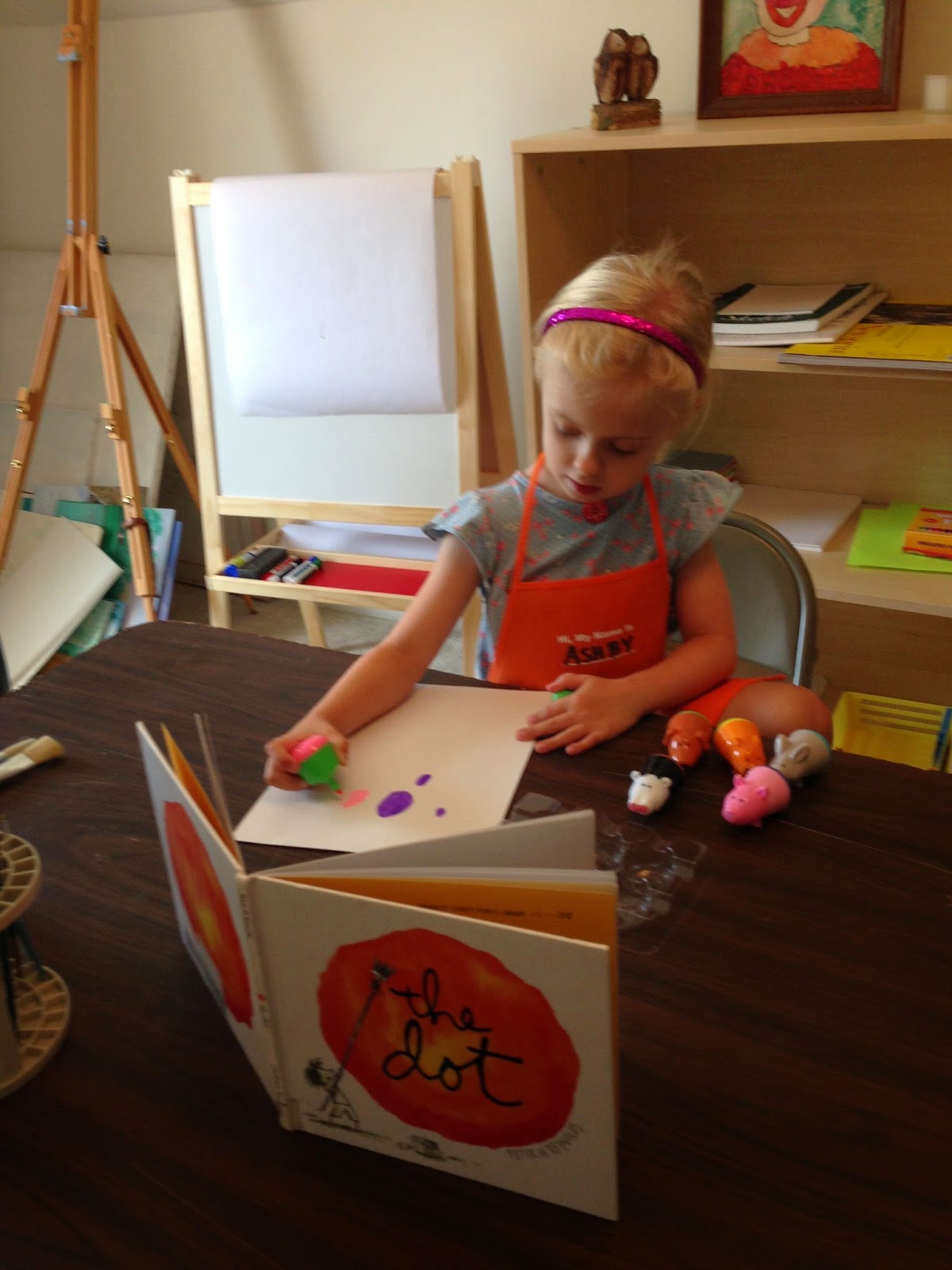 When she finished, we put the picture in the frame.  I like how confident her signature looks.  She is proud of her picture. 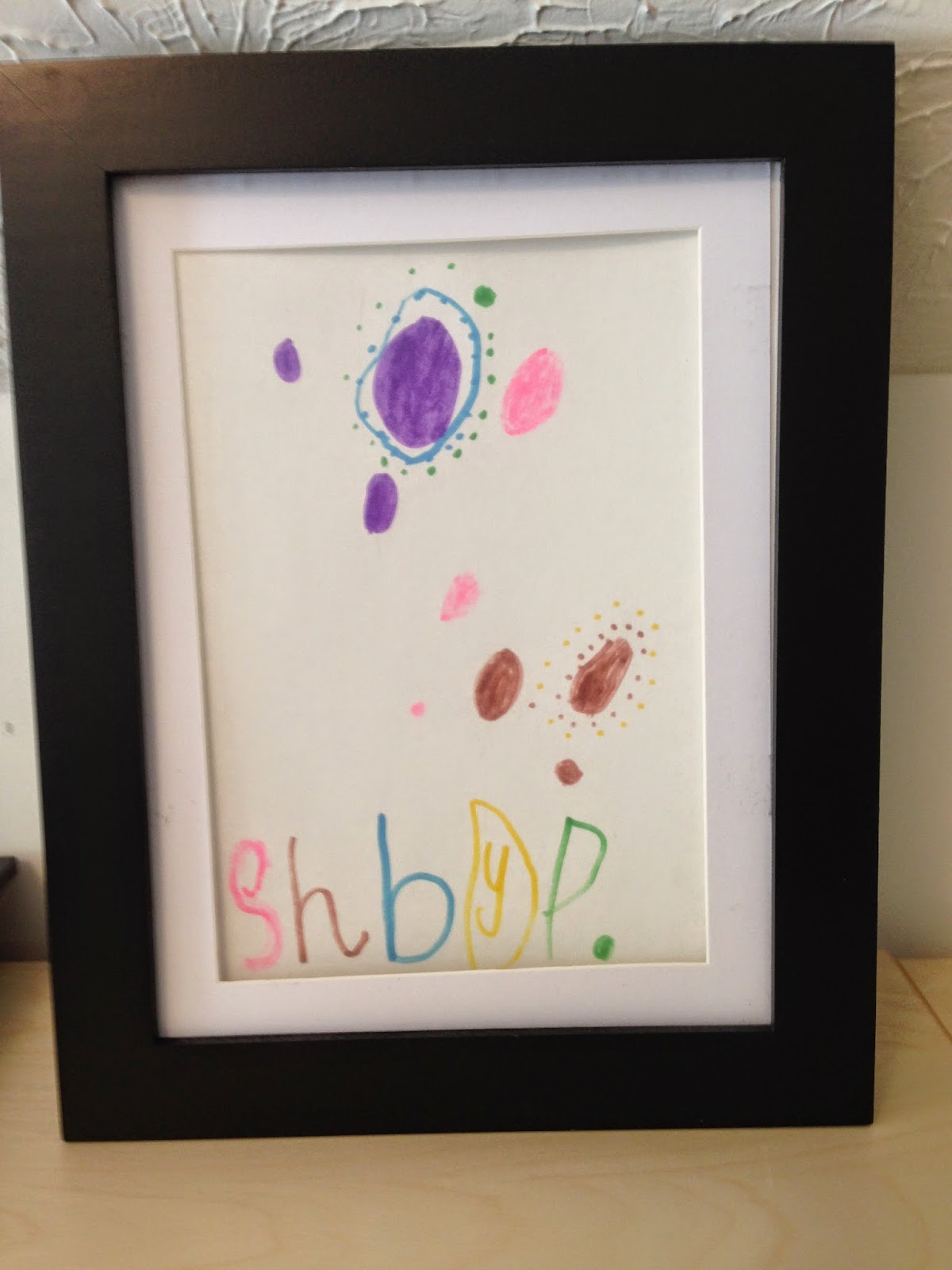 She then was free to choose what she wanted to do, so we got out the paint and brushes and she started working on a painting.  She didn't get it finished, but she will be able to work on it next week, if we have time.  The look on her face seems to say that she knows she is a serious painter. 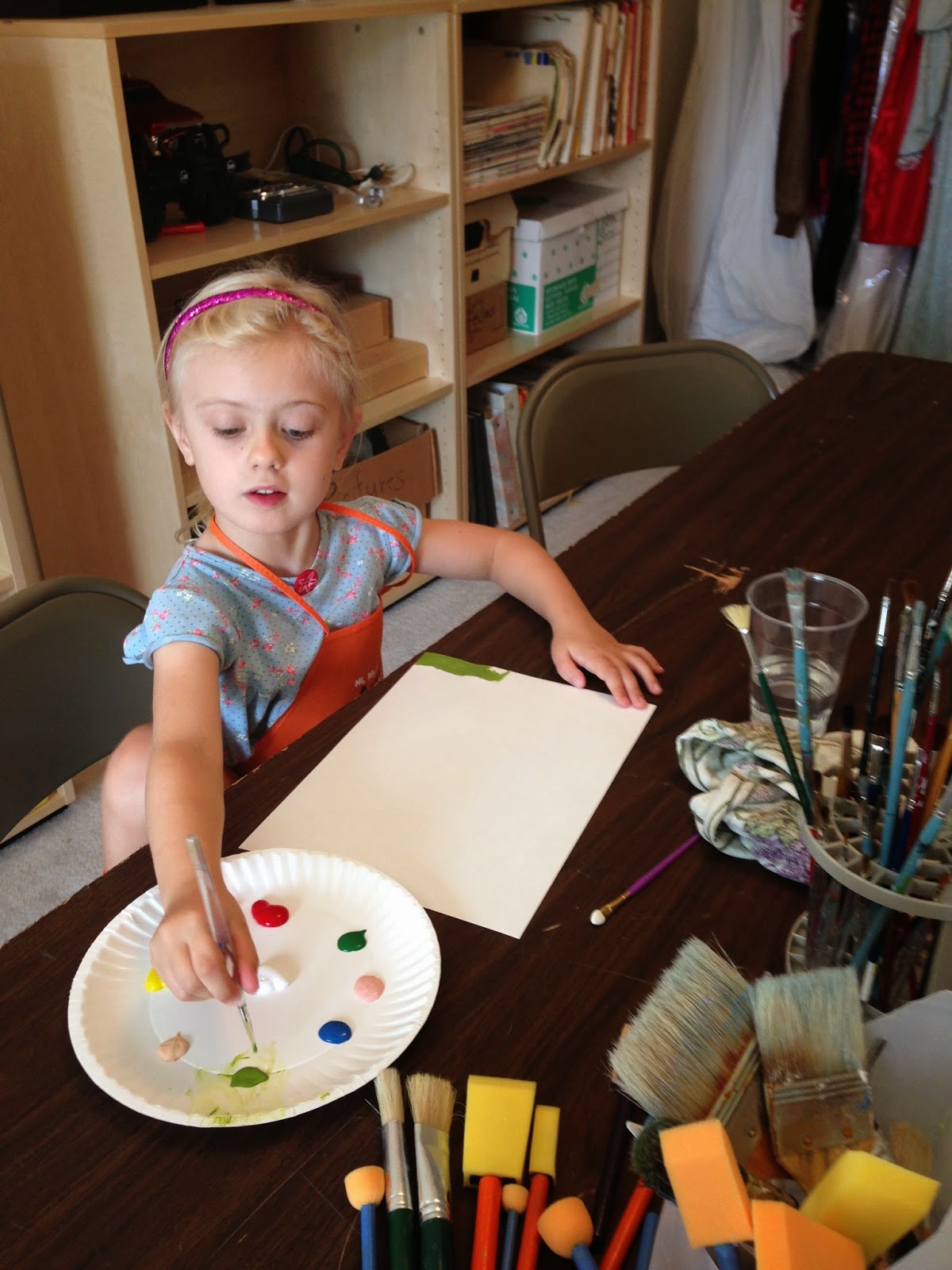 We both had a lot of fun.

I had two phone calls from high school classmates today.  First was Judson who had heard we were looking for a new venue and wanted to share some ideas.  I then sent an email to Paula with his ideas and she called back to talk about some of our options.

Later, I had to actually cook dinner since the missionaries were coming.   I fixed boneless pork chops cooked in the oven with stewed tomatoes and tomato sauce, cantonelle pasta, green beans, and bread.  There were 8 chops and they all got eaten!  Both of these missionaries are big guys.  One is Samoan so he is massive.  I think he ate 4 of the chops by himself.  They are both really great young men and we enjoyed having them in our home for dinner.

Posted by Grandma Cantrell at 5:13 AM